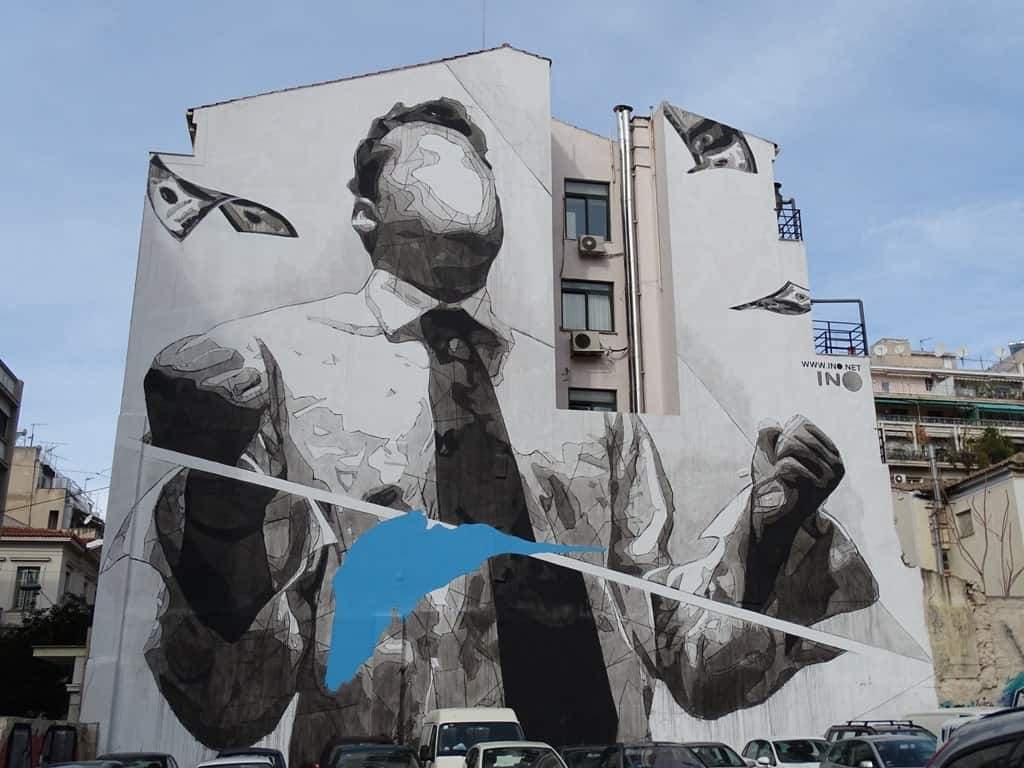 There are so many “classical” tourist activities in Athens that you can easily fill your days satisfyingly, seeing some of the most famous archaeological and cultural treasures of the world. You would need days to do them justice.

But to get a true feel for the city, you need to experience alternative Athens – this is the Athens of the cultured and creative people of Athens – the underground Athens of galleries, bars, concerts, and under-the-radar cultural areas. Get to know the Athens that the locals enjoy for a more transformative experience of the city.

Experience the Alternative Side of Athens

Explore the alternative neighborhood of Exarchia

Of course, the main neighborhood for Athens’ counter-cultural scene is undoubtedly Exarchia. This area near Omonia square, the chic district of Kolonaki, and the National Archaeological Museum is often in the news as a center of protests.

However, it is also without question the most vibrant and creative enclave in the city. The streets are a virtual outdoor gallery of some of the city’s finest street art – just walking around here will give you a visual experience of Athens like n other. Then, if you are a fan of music, Exarchia is sure to completely win you over.

In addition to being the home of the city’s best underground venues for music by night, by day it’s a record collector’s paradise, with many stores specializing in vinyl releases. Fashionistas will also love vintage clothing stores and very small designer shops.

Book publishers and musical instrument workshops line the cultured streets, and the cafes are filled with intellectual debate. You can dine at some of the city’s most charming budget restaurants here, too. See this complete guide to Exarchia for getting the most out of this neighborhood.

Check out the industrial Gazi area

The just at the edge of the center of Athens in every sense Gazi, a former industrial neighborhood at the end of Ermou street that is centered around the former gas factory. The superb brick industrial architecture sets the tone for a neighborhood that is a little Belon, a little Williamsburg, and yet entirely Greek in its approach to creativity and culture.

The smokestacks of the old Athens gasworks and the raw metal frame of the former power station set the industrial, off-beat tone. The gasworks now houses Technopolis – now a place for technology, innovation, art, and culture. Various events such as art exhibitions, performances, and music festivals are hosted here throughout the year.

The former warehouses of Gazi now host excellent entertainment and dining. Fashionable restaurants span everything from ethnic cuisines to wine-forward serious gastronomy. Afterhours, this is the neighborhood for excellent clubbing in cavernous industrial spaces, and innovative, LBGTQ-friendly bars and clubs (having said that, Athens is generally a socially forward-thinking city – open-mindedness is not limited just to Gazi and Exarcheia)

Gazi and Kerameikos go hand in hand – Kerameikos being the ancient cemetery (5th and 4th centuries BC) which is a fascinating archaeological site. The name derives from the Greek word for ceramicists, as this was also the neighborhood of pottery workshops.

Tucked in the middle of a triangle formed by Thissio, Kerameikos, and Monastiraki is the former commercial neighborhood of Psyri. For the last two decades it has become increasingly popular and a destination for low-key bars and restaurants and an all-around good vibe, especially after hours.

This is also a good destination for fun and casual restaurants. Head to the central square of the neighborhood, called “Heroes’ Square” because the streets leading to it are named for the heroes of the Greek War of independence. And speaking of the Greek Revolution, Lord Byron also stayed here.

You can stay here too – there are now a lot of boutique and alternative accommodations for those who want to be in the heart of things.

If Athens is your stop en route to the islands, then probably you’ll be getting to know Piraeus, Athens’ port, in passing. But don’t wait until your ferry departure to get to know the occasionally gritty charms of this port neighborhood. Piraeus is full of character and has a strong individual identity which makes it a very popular destination for Athenians.

The main harbor of Piraeus, which is right across from the main station of the “Electrico” – the first line of Athens’ metro system – is teeming with energy as ships and ferries dock day and night. It is a breeze to get here, and the station itself is gorgeous. But this is not really the harbor for strolling – for that, locals enjoy the smaller snug, round Zea Harbor, which is also called the “Passalimani” – this is a great place for a stroll among the yachts and a coffee with a view.

Rising up by the Passalimani is the hillside neighborhood Castello – an old-fashioned tangle of streets and charming houses, many with beautiful and authentic neoclassical touches. It’s a great place to get lost and enjoy the views. On the other side of Castello is yet another snug harbor – the “Mikrolimano” (little harbor).

Here, you’ll find obe upscale and totally charming seafood restaurants after the other, all open to the marina and directly on top of the water for an unbeatable atmosphere.

Piraeus also has plenty of cultures, including a municipal theater and several museums. The Archaeological Museum of Piraeus, where you’ll see artifacts from this ancient seafaring center. There is also the Hellenic Maritime Museum, as well as a Municipal Art Gallery.

Explore the Alternative Art in Athens

Athens has really come into its own as an international art destination. In addition to the International Art Fair – Art Athina – which, having started in 1993, is among Europe’s most well-established international annual art fairs, there is a thriving gallery scene, great street art, and plenty of fascinating museum venues.

Athens is definitely on the map for important Street Art cities. There are some truly impressive works from home-grown street artists and international street artists. Some of the most famous names in Athenian Street Art to look out for are Pavlos Tsakonas, whose hands (pairs of hands in various poses at different spots throughout the city) are emblematic of Athens – some of the most photographed works.

Also look for Simple G, whose work is detailed and contemplative, Wild Drawing, whose intricate works have a three-dimensionality, and the transporting, dreamy, and usually two-tone images of INO. Not surprisingly, Athens’ more alternative neighborhoods, like these listed above, are the best place to see some of Athens’ most compelling Street Art – they are essentially outdoor urban museums.

The International Avant-Garde scene can also be experienced in some of these much more conventional – but no less inspiring – spaces:

One of Athens’ most fascinating spaces for contemporary art is the renovated former FIX brewery (the popular beer), which now houses the National Museum of Contemporary Art. Here, you can see works by such groundbreaking international figures as Marina Abramovic, Bill Viola, Mona Hatoum, Vito Acconci, and many others.

The Benaki Museum has several exhibition spaces. Their building on Piraeus Street often houses the most dynamic exhibitions in Athens.

The Museum of Cycladic Art

This is one of Athens’ most surprising venues for contemporary art, the Cycladic Museum often hosts provocative and compelling exhibitions of international artists, including Ai Wei Wei, Louis Bourgeois, Picasso, and Takis. Artists sometimes create a kind of dialogue across the millennia, communicating with the essence and the spirit of the permanent collection.