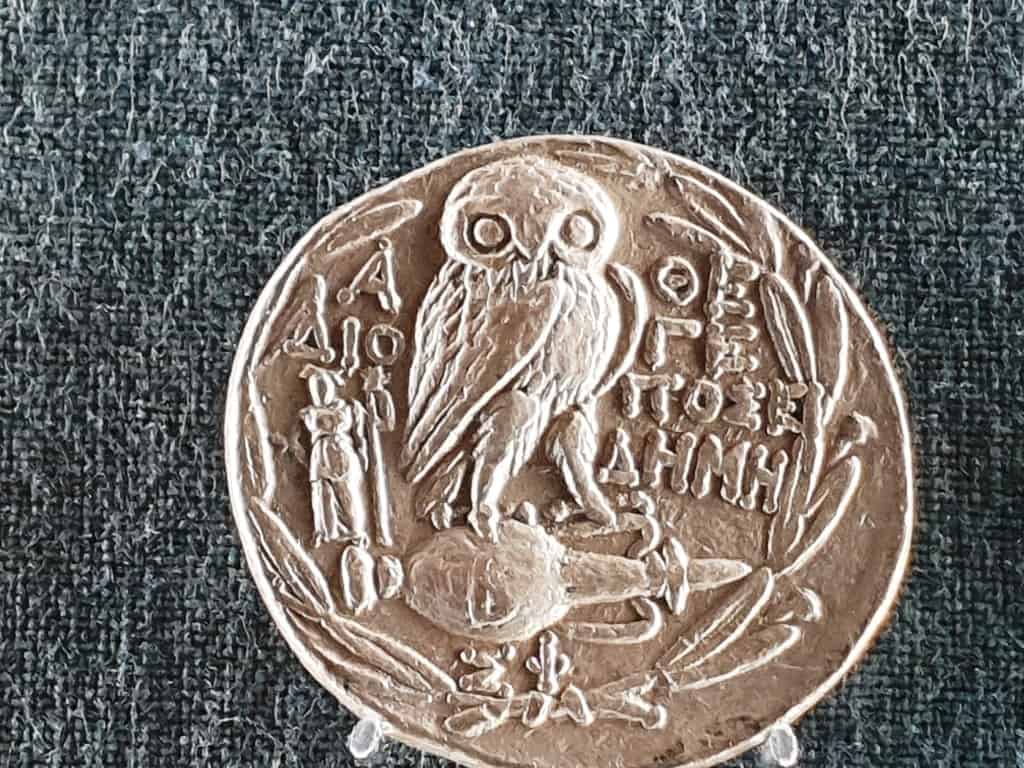 As the gods of the Greeks used to dwell in the natural world alongside humans and be present in specific parts of the natural world, they also had some animals sacred to them, due to the fact that the animal’s particular characteristics were somehow overlapping with the powers and physical elements that the god represented.

Thus in time, the animals themselves came to symbolize or represent the gods themselves, who in a sense lived through them. This article presents the animals that were considered most sacred to the Greek gods and goddesses.

Animal Symbols of the Greek Gods

Zeus was the father of the gods, the god of the sky, of thunder, and of lightning. He was well-known for his frequent transformations into animals, in the form of which he abducted the women he was in love with. He would transform into various creatures, such as an eagle, a swan, or a bull, animals that were widely considered symbols of physical strength, power, and superiority.

Zeus transformed into an eagle in order to kidnap the young man Ganymedes, while for the abduction of the young Europa he was transformed into a bull. In many of his representations, Zeus is depicted with a great golden-feathered eagle called Aetos Dios, serving as his personal messenger and companion by his throne.

Known as the sister and husband of Zeus, and thus the queen of the gods, and particularly of women, Hera was also the protector of marriage and childbirth. Her frequent animal associations included the cow, the peacock, the cuckoo, and sometimes the lion.

The young cow (Damalis or portis) was the major animal considered especially sacred for Hera since it was closely associated with nurturing and providing protection for her young, just like Hera used to protect the sacred union of marriage and to support women. At the same time, the cuckoo symbolized her love for her husband, and the peacock symbolized her beauty.

The god of the sea and of earthquakes, Poseidon had also some animals sacred to him. Among them, the most prominent was the horse, a symbol of valor and beauty since he himself fathered many horses, the best-known being the winged horse Pegasus by the Gorgon Medusa.

Other sacred animals to Poseidon were the dolphin, as well as other fish since the famous Trevi Fountain in Rome has a sculpture of a winged Hippocampus alongside the god of the sea. Poseidon was also associated with the bull, and most famously the Cretan bull, perhaps the most famous symbol of the Minoan civilization that flourished in Crete.

According to myth, the god sent it to Minos, the legendary king of the island, and he made his wife Pasiphae fall in love with it, thus giving birth to the monster Minotaur.

Known as the goddess of wisdom and war, Athena was mainly associated with the owl, since this bird was considered very cunning and deadly, but also very wise, at least by the look of it. Perhaps the animal’s ability to see in the dark with its exceptional night vision symbolized the goddess’ ability to ‘see’ through the eyes of wisdom, where others cannot.

More rarely, Athena was associated with the goose, another intelligent bird, while other times with the rooster, the dove, the eagle, and the serpent. For instance, many amphorae have been found decorated with both roosters and Athena, while some other representations of the goddess depict her carrying a spear with a snake around it.

Apollo, the god of music, prophecy, and poetry, was associated with several different animals. He was associated with hawks, ravens, and crows, though to be his messengers since he also transformed Daedalion into a hawk when he cast himself off Parnassus to commit suicide.

Cicadas were considered sacred for the god, because of their connection to music and their song during the summer months.

Apollo was also associated with the cow, and particularly the cattle that Hermes stole when he was born, and with the swan since it was said that he used to visit the Hyperboreans on the back of a swan.

Wolves were also sacred to the god since he was usually worshipped as Apollo Lykaios, as well as the snake, since he fought the great serpent Python and slew him, erecting his oracle on its death place.

The goddess of the hunt and wilderness, Artemis’s major sacred animal was the deer. According to myth, she fell in love with some deer that were larger than a bull with golden shining horns, and so she captured them, naming the Elaphoi Khrysokeroi, and harnessing them to her chariot.

There was the deer that Heracles had to capture for the successful completion of one of his labors. Wild boars were also known to be favored by Artemis, since it is considered one the most favorite animals of the hunters and also hard to tame. In honor of Artemis’s skill, men sacrificed the animal to her.

Hermes was the messenger of the gods and the protector of trade and athletics. He was most famously associated with the tortoise since according to myth, it is said that he transformed the nymph Khelone into a tortoise and also constructed the first lyre from the shell of the beast.

The hare was also sacred to the god thanks to its prolificacy, also placing the animal among the stars as the constellation Lepus.

Hermes was furthermore associated with the ram since it was said that he had averted pestilence that was threatening the people of the town of Tanagra by carrying a ram on his shoulders and circling the town’s walls.

Ares, the god of war, who disliked those who hesitated in battle, had several sacred animals, among them the dog, a faithful animal that can also turn quite vicious. He was also associated with the vulture and eagle-owls, considered to be birds of ill omen and bloodlust, because they haunted above the field of battle, patiently waiting to feed upon the bodies of the dead.

Poisonous snakes were also known to be sacred to the god of war since several of his groves are described in myth guarded by these beasts, while in sculpture he often bears a serpent or serpent device. The boar was also associated with him because it could be a fierce opponent, difficult to capture, so fearless and forceful that only divine heroes could deal with them successfully.

Demeter was the goddess of the harvest, agriculture, and grain. One of her sacred animals was the serpent, a symbol representing the rebirth in nature and the fertility of the earth, while according to myth, a pair of winged serpents drew the goddess’ chariot.

Demeter was also associated with the swine, a symbol of opulence and livestock, which was sacrificed in honor of the goddess in order to ensure the fertility of the earth. Furthermore, the gecko, found buried under rocks was also sacred to Demeter, alongside the turtle-dove and the red-mullet.

There were many animals that were also sacred to the ruler of the Underworld, Hades, the brother of Zeus. The black ram was famously one of the most sacred animals to the god, due to its vicious nature and its dark color, symbolizing death itself.

Hades was also closely associated with the screeching owl, considered a harbinger of death and an ill-omen, but also with the serpent, another symbol of death and of the underworld, which also frequently appears alongside Hades in many of his representations.

Snakes were also sacred to him due to his previous role as a snake god called Zeus Meilichios, while in some versions of the abduction myth, Hades seduced Persephone in the guise of a snake.

Aphrodite, the goddess of beauty and love, had as her sacred animal the dove, among others. Several doves were depicted pulling the goddess’ carriage in many of her representations, while doves were frequently sacrificed to her, particularly during the Aphrosidia festival where priests would sacrifice a dove and use the blood to purify the altar of the goddess.

The god of wine, pleasure, fertility, and religious ecstasy had the panther as one of his sacred animals. He was often depicted riding on the back of panthers, widely considered a symbol of inner strength and force. Goats, donkeys, lions, serpents, and wild bulls were also considered sacred to the god.

Hephaestus was the god of craftsmanship and fire, and the donkey, the guard dog, and the crane were all considered his sacred animals. He was often represented in art riding a donkey, a symbol of stoic patience and loyalty, while the temple of the god on Aetna had a pack of sacred dogs as guards.

Finally, the crane was his favorite bird from his time dwelling on the banks of the River Okeanos, where the bird migrated to in the winter. In artistic representations, the long-necked head of the bird was frequently depicted decorating the donkey-saddle or chariot of the god.