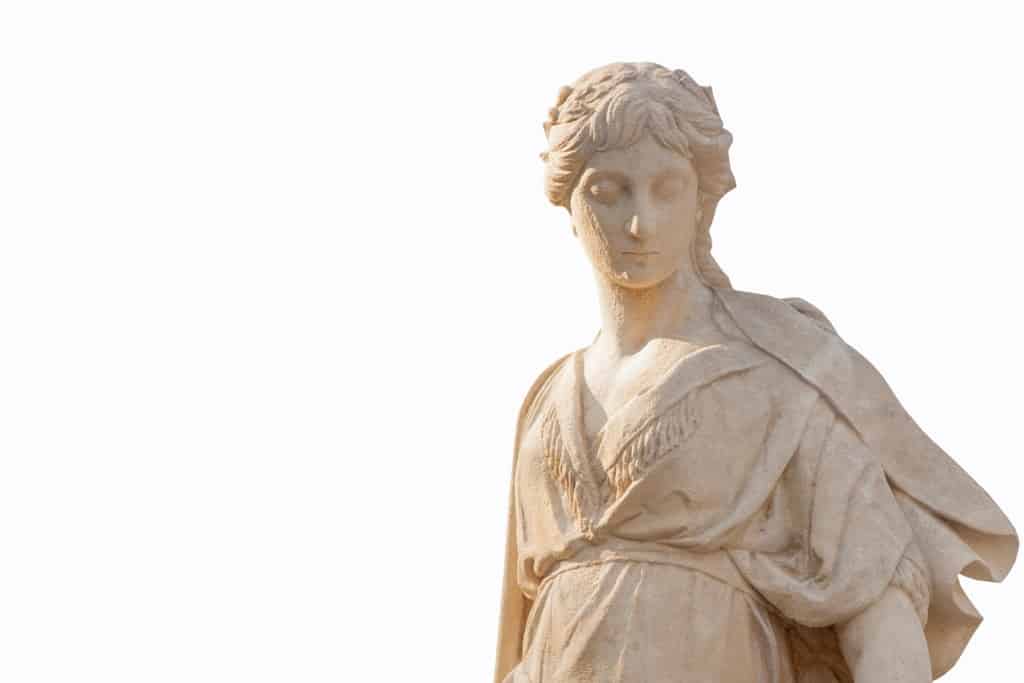 Some of the most famous children of Aphrodite were:

Who are Aphrodite’s Children?

Eros was the Greek god of love and sex. In the earliest mythological accounts, he appears as a primordial god, while later on he is described as one of the children of Aphrodite and Ares.

Together with the other children of Aphrodite formed the Erotes, a group of winged love gods. Eros was usually depicted carrying a lyre or bow and arrow since he had the ability to shoot arrows on people and make them fall in love with each other.

He was also depicted accompanied by dolphins, flutes, roses, torches, and roosters.

In Greek mythology, Phobos was considered the personification of fear and panic. He does not appear to have a major role in myths other than being his father’s attendant into battle.

Phobos was usually depicted in the shields of heroes who worshipped him with his mouth open, exposing his fearful and daunting teeth, in order to scare off their enemies. The followers of his cult also used to make bloody sacrifices in honor of the god.

Deimos name alone could bring horror in the minds of soldiers since he was synonymous with loss, defeat, and dishonor. In art, he was often depicted on artworks, sometimes shown as an ordinary young man or a lion.

The goddess of harmony and concord, Harmonia was responsible for presiding over marital harmony, harmonious action of soldiers in war, and cosmic balance. Harmonia was awarded to Cadmus, hero, and founder of Thebes, in a wedding, attended by the gods.

However, Hephaistos, being angry over his wife’s adulterous affair with Ares, presented Harmonia with a cursed necklace, which doomed her descendants to endless tragedy.

In the end, both Harmonia and Cadmus were metamorphosized into serpents by the gods and were carried off the Islands of the blessed to live in peace.

The brother of Eros, and one of Aphrodite’s erotes, Pothos was part of his mother’s retinue and was usually depicted carrying a vine, indicating that he also had a connection with the god Dionysus. In some versions of the myth, Pothos appears as the son of Eros, while in others he is considered an independent aspect of him.

Late classical writers describe him as a son of Zephyros (the west wind) and Iris (the rainbow) representing the variegated passions of love. He was the god of sexual longing, desire, and yearning, and he was often depicted in Greek vase painting together with Eros and Himeros.

In several representations, Anteros is depicted as Eros in every way, by with long hair and plumed butterfly wings, while he was also described as armed with either a golden club or arrows of lead.

Also one of the Erotes and the son of Aphrodite and Ares, Himeros was the god of uncontrollable sexual desire, creating passion and desire in the hearts of mortal beings.

He was often depicted as winged youth or child and often appears alongside his brother Eros in scenes of Aphrodite’s birth. At other times, he appears as part of the triad of love gods with Eros and Pothos, usually carrying a bow and arrow.

The only child that Aphrodite had with the messenger of the gods Hermes, Hermaphroditus was also considered one of the Erotes. He was also sometimes called Atlantiades since Hermes was the great-grandchild of Atlas.

He was the god of hermaphrodites and of effeminates since according to myth he was united eternally with Salmacis, one of the nymphs, who was deeply in love with him. In both his name and his being, therefore, Hermaphroditus combines male and female.

Rhodos was the wife of the sun-god Helios and the personification and goddess of the island of Rhodes. She was a Sea Nymph and the child of Poseidon, the ruler of the sea, and Aphrodite. Rhodos bore seven sons to the Helios, while three of these offsprings were the heroes of the three main cities of the island of Rhodes: Camirus, Ialysus, and Lindus.

The son of Aphrodite and Poseidon, Eryx was the king of the city of Eryx in Sicily. He was considered a famous and skillful boxer, even daring to steal the finest bull from a herd that was guarded by Heracles.

He then challenged Heracles in a boxing fight, an action that ultimately led to his death. Another version of the myth tells that Eryx was turned into stone by Perseus with the head of the Gorgon Medusa.

In Greek mythology, Peitho was the goddess of charming speech, the personified spirit of persuasion and seduction. She was the daughter of Aphrodite and Dionysus, and also functioned as a handmaiden and herald of the goddess of love.

Peitho represented both sexual and political persuasion, is also associated with the art of rhetoric. She was usually depicted in art as a woman with her hand raised in the act of persuasion, while her symbols were a ball of twine and a dove.

While the prevalent belief was that the Graces were the daughters of Zeus and Eurynome, they were also sometimes considered the offspring of Aphrodite and Zeus.

The three Graces were usually depicted in classical art as naked women, holding hands and dancing in a circle. They were sometimes crowned with and held sprigs of myrtle.

Priapos was also one of the offspring of Aphrodite and Dionysus. He was a minor fertility god and the protector of livestock, fruit, plants, and male genitalia. He was also many times identified with a number of phallic Greek deities including Dionysos, Hermes, and the satyrs Orthanes and Tikhon.

The only child of Aphrodite and the Trojan prince Anchises, Aeneas was a mythical hero of Troy and the founder of the city of Rome. Aeneas led the Trojan survivors after the city fell to the Greeks.

He was famous for his courage and military abilities, being second only to Hector. The tales of Aeneas receive full treatment in Roman mythology, as he is considered an ancestor of Remus and Romulus, founders of Rome, and the first true Roman hero.

The sons of Zeus

The wives of Zeus