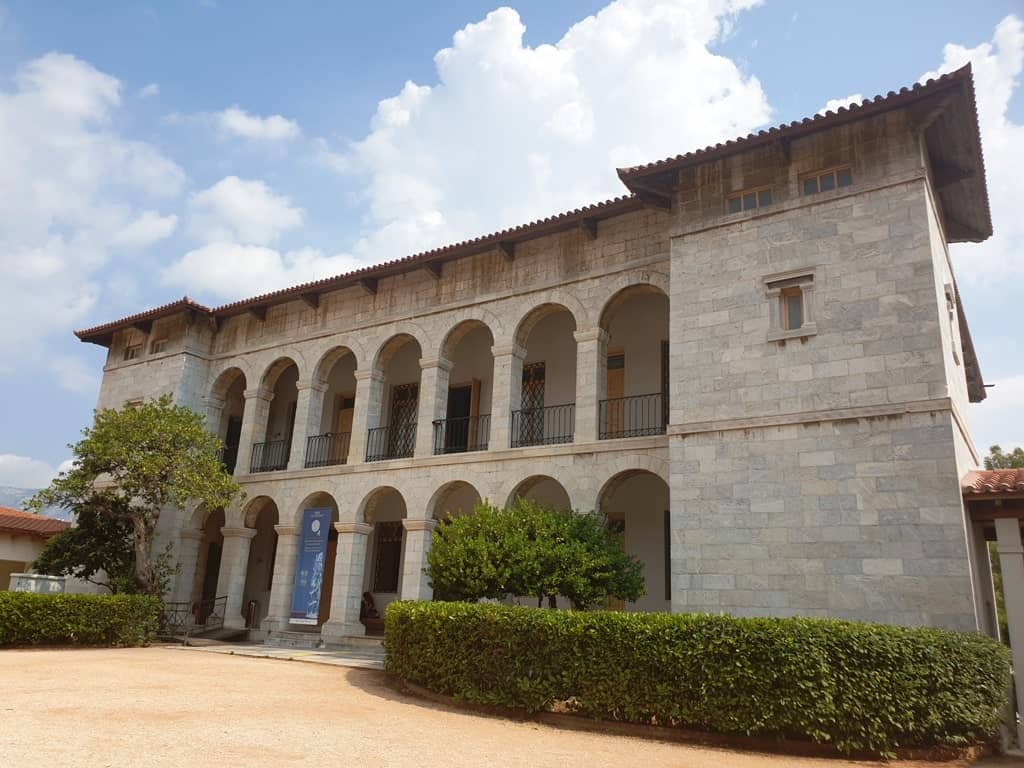 The museum is in the heart of downtown Athens, close to Kolonaki, the National Garden, and the Cycladic Museum, making it a convenient addition to a day of sightseeing.

A Guide to the Byzantine and Christian Museum of Athens

The History and Cultural Heritage of Byzantium

The Byzantine Empire spanned over 1000 years, from late antiquity through the Middle Ages – from 330 to 1453. For most of that great expanse of time – unequaled in the west – the Byzantine Empire was the strongest cultural, economic, and military power in Europe.

The rich cultural heritage of the Byzantine Empire is strongly felt in Greece – as you will see in the countless Byzantine churches and monasteries throughout the country. Visiting the Byzantine and Christian Museum of Athens will help you appreciate this vital aspect of Greece’s spiritual and cultural identity.

The Exhibits of the Byzantine and Christian Museum – What to See

The collections of the Byzantine and Christian Museum are comprehensive. Over 30,000 objects in various media, spanning the 3rd through the 21st centuries, narrate the story of Byzantium – both sacred and secular – as well as its lasting artistic impact.

The sculpture collection contains over 2000 pieces, spanning the 3rd through 18th centuries, reflecting both works of the Byzantine era as well as works from the Ottoman occupation and from the Ionian, North Aegean, and Cycladic islands. Here, while under the control of the Venetians and the Genovese, other European influences flourished.

A collection of 110 paintings focuses mainly on religious themes as well as depictions of pilgrimages to the holy land, a popular theme of the 18th and 19th centuries.

Sacred murals and intricate mosaics – about 50, many of which were found under the streets of Athens  – give a sense of the splendor of Byzantine interiors.

The fabrics collection, numbering close to 1000 pieces, is particularly strong in liturgical vestments. The exhibits come from Greece, the Balkans, and Asia Minor primarily, spanning the 5th through the 20th centuries. There are exquisite examples of silk and gold embroidery.

In addition to the vestments, you’ll also find secular clothing.

Icons constitute one of the most important aspects of the museum’s collections. Numbering about 3,000 and spanning the Byzantine through post-Byzantine eras, they represent the iconographic traditions of Greece, the Balkans, Asia Minor, and even Russia. These are joined by extraordinary examples of wood carvings, such as iconostasis.

Illuminated manuscripts include examples from the great printing houses of central Europe, the Balkans, and Venice, reflecting the important role of Greek scholars of the diaspora in both publishing activity and the spread of ideas.

This is a fascinating section of the museum, where modern and contemporary works reveal the richness of an on-going dialogue between the Byzantine era and contemporary culture. The collection consists of various media: paintings, photographs, installations, sculptures, crafts, and works on fabric. The Byzantine aesthetic has been profoundly influential for a number of Greek and international contemporary artists.

The Building of the Byzantine and Christian Museum – the Villa Illisia

The museum is housed in one of Athens’ magnificent historic landmark buildings. The Villa Illisia was commissioned by the Countess of Plaisance – a fascinating historical figure. The daughter of a French diplomat and his well connected American wife, she was a true Philhellene who settled in Athens in the early days of Greek independence. to Greece by the struggle for Greek Independence.

The Garden of the Byzantine and Christian Museum

The gardens of the Villa Illisia are exhibitions in themselves, designed to explore different themes. There are three. The Well Cistern displays how water was supplied to Athens, from ancient times until the present. The Paradise Garden explores the Byzantine concept of Paradise in both this life and the next. The River Ilissos explores the development of the landscape on the banks of the River Ilissos from antiquity to the present.

The Cafe of the Byzantine and Christian Museum

For many Athenians, the Illisia Cafe – Restaurant is a destination in itself, a charming oasis in the city center for coffee, dessert, or a light meal. There are tables outdoors, looking out into the Mediterranean gardens, where you can enjoy salads, snacks, and traditional Greek dishes in addition to coffees and drinks.