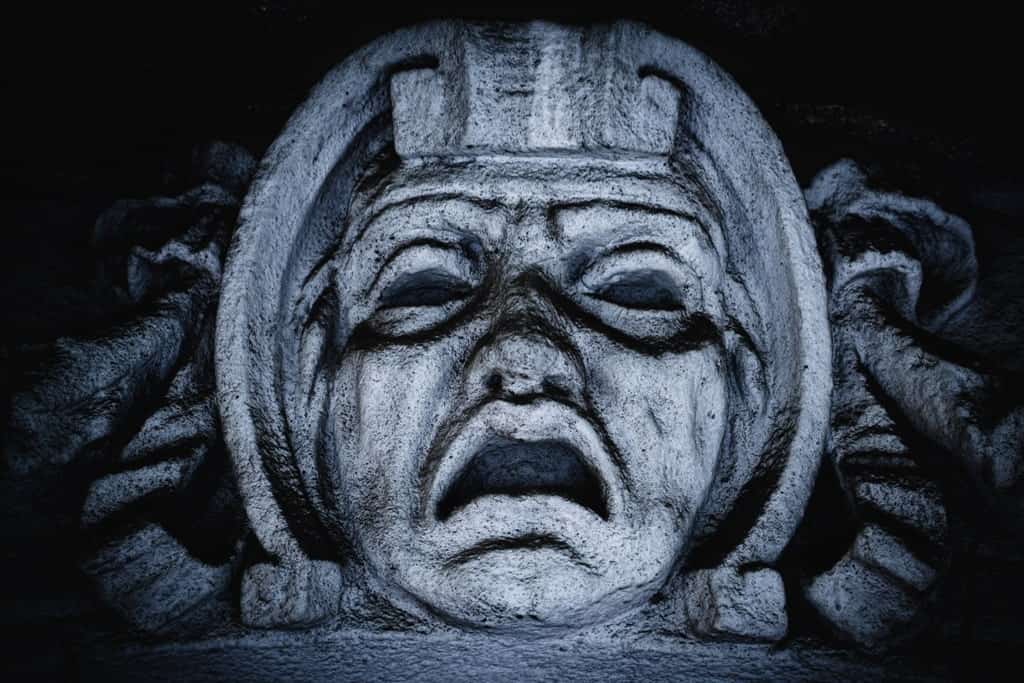 Most religions, polytheistic or not, have some representation of the concept of evil. For example, Christianity, in general, has the concept of the Devil, or Hinduism has Ravana (in general terms). The Ancient Greeks also had their own personifications of evil, but it might be surprising that the bad Greek gods were not who you might imagine!

For example, Hades is not one of the evil Greek gods! In fact, he’s one of the few that doesn’t get involved in intrigues or has many paramours.

In the ancient Greek pantheon, the concept of evil was broken down into several evil Greek gods that were responsible for a wide range of problems among the mortals and immortals alike.

Here are the worst Greek gods:

Eris, the goddess of discord

Eris is the goddess of strife and discord. She was so loathed in Ancient Greece that there are no temples in her honor, and it’s very likely that she was not worshipped. She appears in ancient Greek texts as early as Homer and Hesiod.

Her parentage isn’t very clear, but as she is often referred to as the sister of Ares, the god of war, she was probably the daughter of Zeus and Hera.

Eris’s only purpose is to sow discord among gods and humans. She is responsible for the primary events that eventually led to the Trojan War, as she caused discord among the goddesses Athena, Hera, and Aphrodite:

Unseen, she tossed a golden apple among them with the words “to the fairest” inscribed on it. The goddesses quarreled about who of the three was the fairest, and thus the intended recipient of the apple.

Because no other god wanted to be put on the receiving end of the wrath of either of the three by judging who was the fairest, the goddesses asked the mortal prince of Troy Paris to do it for them. Each tried to bribe him by pledging great gifts, and Paris gave the apple to Aphrodite who had promised to make the most beautiful woman on earth fall in love with him.

That woman happened to be Helen, the queen of Sparta and wife to Menelaus. When Paris ran off with her, Menelaus declared war on Troy, rallying all the Greek kings, and the Trojan War began.

Enyo, the goddess of destruction

Another daughter of Zeus and Hera associated with strife was Enyo. She often had statues of her in temples dedicated to Ares and was said to accompany him in war. She delighted in war and destruction, and especially bloodshed and sacking of cities.

She is mentioned doing so during the sacking of Troy, as well as in the war of the Seven against Thebes, and even in the battle between Zeus and Typhon.

Enyo had a son, Enyalius, with Ares, who was also a god of war and rallying war cries.

Deimos and Phobos, the gods of panic and terror

Both gods accompanied Ares to battle, and seemed to have an especially cruel streak, reveling in bloodshed and slaughter, and often rendering soldiers incapable of fighting which made them easy to kill.

Many fighters used the imagery of Phobos and Deimos on their shields and prayed to them before the battle, wishing to have them on their side rather than against them.

Apate, the goddess of deceit

Apate was the daughter of Nyx, the goddess of the night, and Erebos, the god of darkness. She was a specialist in blinding humans and mortals from the truth, pushing them to believe falsehoods.

She is the reason for Semele’s, Dionysus’ mother’s, death: Hera asked her to help her take revenge on Semele for sleeping with Zeus. Apate then accosted Semele and pretended to be her friendly advisor, and manipulated Semele into getting Zeus to appear before her in the form he used when he was at Olympus, with his wife.

Because she followed Apate’s words and did it in a way that was binding for Zeus, he obeyed her request, appearing in all his glory and with his lightning, and Semele was burned to death.

Apate delighted in lies, deception, and cheating. She was definitely not popular.

The Erinyes, goddesses of vengeance

Aphrodite was not the only goddess to emerge when Cronos tossed Uranus’ genitals into the sea. While the goddess of love and beauty emerged from the foam of the sea, the Erinyes emerged from the earth upon which their blood fell.

They were crones – old, hideous-looking women – often also depicted with dog heads, bat wings, black bodies, and snakes for hair. They would hold scourges which they would use to torment their victims into insanity or death.

The Erinyes would only target those who had committed crimes against their parents, people older than them, city authorities, or generally against anyone they were supposed to love respect, or honor.

They were relentless and unyielding, hounding their victim to the end unless they managed to atone for their crime, whereupon they became “Eumenides”, appeased goddesses, and left the person alone.

One of the most famous of their victims was Orestes, who killed his mother Clytemnestra because she had murdered Agamemnon, her husband, and Orestes’ father, upon his return from the Trojan War.

Moros, the god of doom

Moros is the son of Nyx, the goddess of the night, and Erebos, the god of darkness. He was the god of doom, and one of the adjectives attributed to him was ‘hateful’.

Moros had the ability to make mortals foresee their death. He also is the one to drive people to perdition. Moros is also called “the inevitable” and one that is as relentless as the Erinyes, not giving up on his victim all the way into the Underworld.

Moros is also associated with suffering, as that often comes when a mortal meets their doom.

He had no temples in Ancient Greece, and his name was spoken only to pray that he never came.

The 12 Greek Gods of Mount Olympus