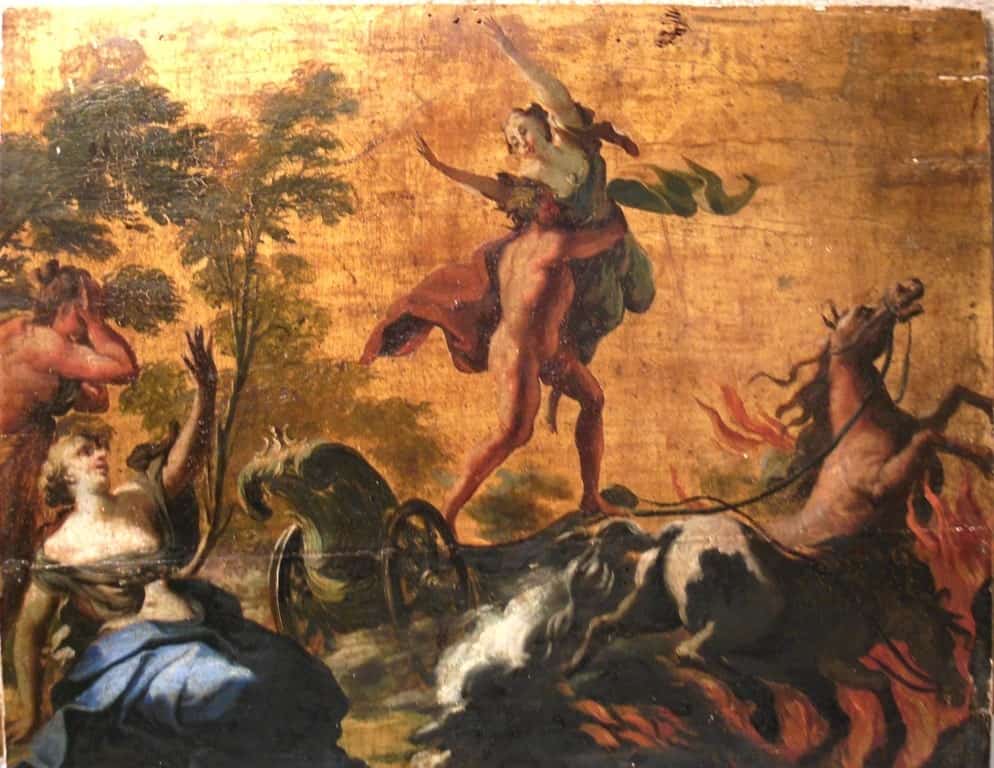 The myth of Hades and Persephone is one of the most well-known stories of love and abduction in Greek mythology. Persephone, also known as Kore, was the daughter of the Olympian goddess Demeter, and she was thus associated with vegetation and grain.

She was also the wife of Hades, the god of the Underworld, and brother of Zeus and Poseidon. In this guise, she is considered the queen of the Underworld and a protector of the souls of the dead. Persephone is also associated with the Eleusinian Mysteries, the greatest religious initiations of antiquity.

The Myth of Hades and Persephone

According to myth, Hades fell instantly in love with divinely beautiful Persephone when he saw her picking flowers one day in nature. The location of the crime is being traditionally placed in either Sicily (famed for its fertility) or Asia. He then asked his brother Zeus, an expert in abductions, to assist him, and so the two of them devised a plan to trap her.

As Kore was playing with her companions, she noticed a beautiful yellow flower narcissus. She called upon her playmates, the sea Nymphs, to accompany her but they couldn’t possibly go with her as leaving the side of their water bodies would result in their death.

Therefore, she decided to go alone and pluck the flower from the bosom of Gaia. She pulled with all her power and the narcissus only came out after a lot of effort.

However, to her utter fright, she saw the tiny hole from which she had drawn out the flower shaft, grow rapidly in size until it started to resemble a mighty enormous chasm. The gods had caused the ground to split underneath Persephone, and then she slipped beneath the Earth. Thus, Hades was able to trap her in his underground kingdom where he made her his wife.

Although at first Persephone was very unhappy in the Underworld, in time she came to love Hades and live happily with him. Meanwhile, Demeter starts searching every corner of the Earth for the precious daughter and although Helios (or Hermes) told her of her daughter’s fate, she, nevertheless, continued her wanderings, disguised as an old lady with a torch in her hands, for nine long days and nine long nights, until she finally arrived at Eleusis.

There the goddess cared for Demophon, the son of Keleos, king of Eleusis, who would later offer the gift of grain to humanity and teach farming. A temple was also built in honor of the goddess, thus commencing the celebrated sanctuary of Eleusis and the Eleusinian Mysteries, which lasted for over a millennium.

Once the temple in Eleusis was completed, Demeter withdrew from the world and lived inside it. But her anger and sadness were still great, so he created a great drought to convince the gods to release her daughter from Hades.

As the drought cost the lives of many, Zeus finally sent Hermes to persuade Hades to release his ill-gotten bride. Thus a compromise was made: Hades consulted with Zeus and they both decided to allow Persephone to live on earth for eight months each year, while the rest of the time she would be on his side in the Underworld.

However, before giving her up, Hades put a pomegranate seed in the girl’s mouth, knowing its divine taste would compel her to return to him. In ancient mythology, to eat the fruit of one’s captor meant that one would have to return to that captor in the end, so Persephone was doomed to return to the underworld for four months every year.

Thus, the myth of Hades and Persephone is associated with the coming of Spring and Winter: the descent of Kore in the Underworld can be seen as an allegorical representation of the coming of winter when the land is not fertile and does not give crops, while her ascent to Olympus and the return to her mother symbolizes the coming of spring and the period of harvest.

The disappearance and the return of Persephone were also the theme of the great Eleusinian Mysteries, whose promised the initiates a more perfect life after death. Therefore, this myth and its relevant Mysteries explained the change of the seasons of Nature and the eternal cycle of death and rebirth.

The Labors of Hercules

3 thoughts on “Hades and Persephone Story”