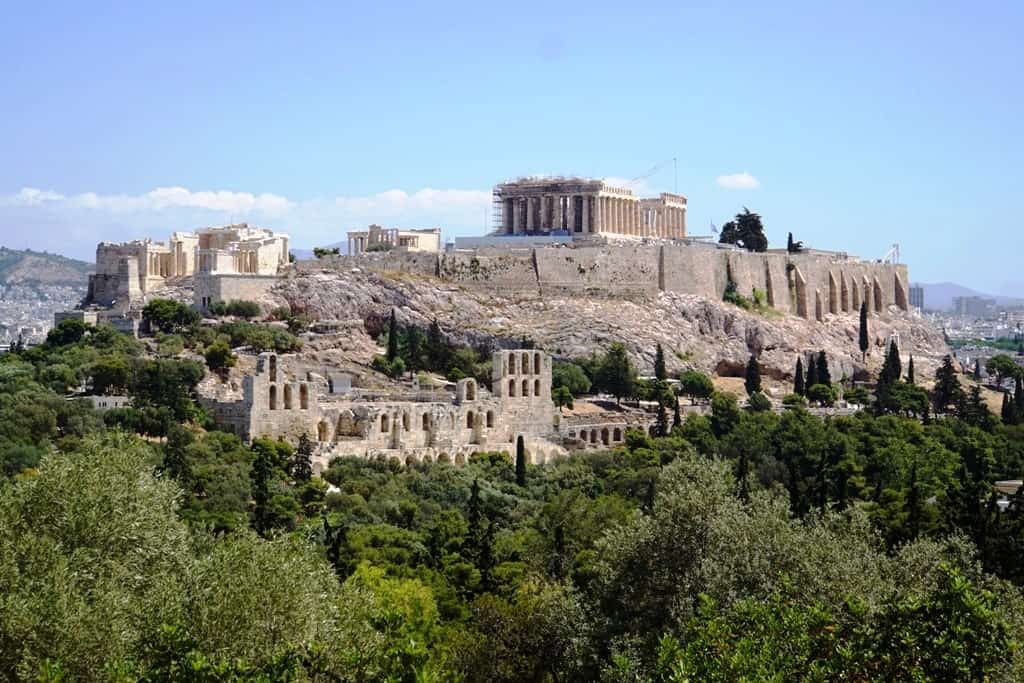 Athens was the most beautiful and powerful city in Ancient Greece and the ruins of its magnificent buildings have excited archaeologists as they have revealed a surprisingly sophisticated society and their discoveries have never failed to impress visitors to the city. Athens has been continually inhabited for 5,000 years and a popular question is how the city got its name. The answer lies in a popular mythological story…

The first settlement in the area was founded on the rock of the Acropolis in 3000 BC and was called Aktiki after its ruler- king Aktaio. His successor was Cecrops, who was half-man and half-snake, who he felt that it was only right that the city was named Cecropia in his honour. Under Cecrop’s rule the city began to really develop and prosper. It became very beautiful city and an important trading centre.

The greatest rivals were Poseidon, who was the god of the sea and Athena, the goddess of wisdom and courage. Zeus, the god of thunder, who was king of the gods, felt that he must find a way to solve their dispute. Zeus instructed Poseidon and Athena that they must each choose a gift to give to the city and its ruler, Cecrops. The one who gave the finest gift would be rewarded with the patronage of the city.

On the nominated day, Cecrops and all the residents of the city climbed the highest hill to wait for the arrival of the gifts. Poseidon arrived first and struck a boulder with his trident and water began to gush from the ground. The god felt that this was an excellent gift as it would reassure everyone that they would never have to suffer a drought again. At first, the people were impressed and delighted and many ran forward to taste the spring water- only to find it was as salty as the seas ruled by Poseidon.

Shortly afterwards, Athena arrived and brought with her a seed which she planted in the ground. The seed immediately started to grow into an olive tree that would bear many olives. The people liked this idea as they realised that her gift would produce food, oil and wood for their fires. They all proclaimed her to be the winner and the city was given her name (566 BC).

Soon after, many beautiful temples were built and dedicated to Athena and the greatest and most beautiful of all was the Parthenon that still stands on the Acropolis. To this day, visitors to Athens will see many olive trees growing there, but there is one that is regarded as a sacred and that is the really old olive tree that still flourishes on the Acropolis…