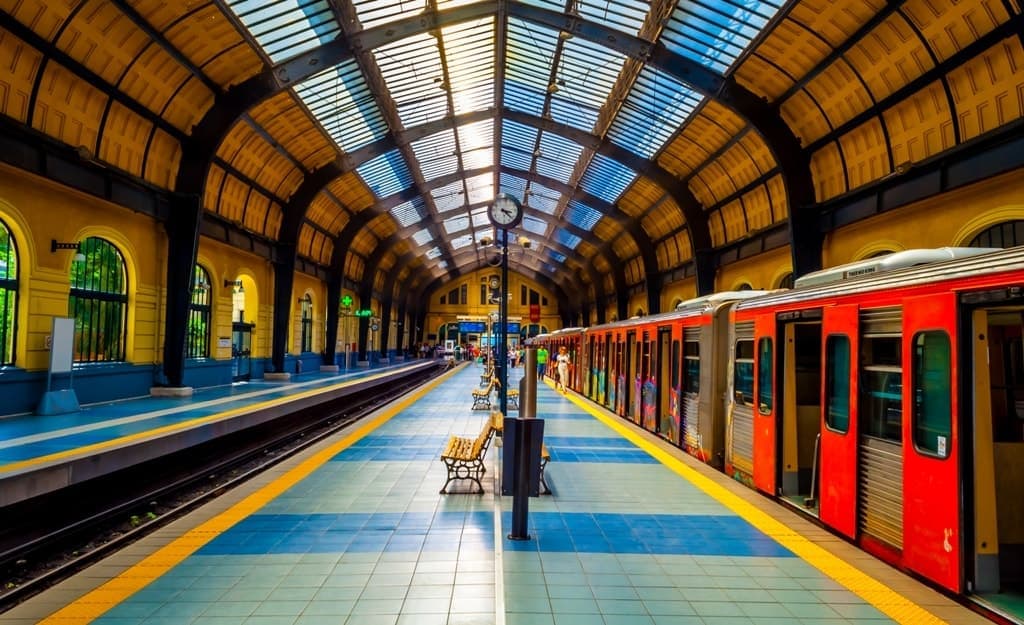 If you are traveling to Athens the capital of Greece with a cruise ship, you will arrive at the main port of the city called Piraeus. There are a couple of ways to get from Piraeus to Athens and visit all the archaeological sites.

If you are interested in getting from Piraeus port to Athens Airport and vice versa check my post here.

6 Ways to Get from Piraeus Port to Athens City Center

From Piraeus to Athens by shuttle bus

One of the simplest ways to get from Piraeus port to Athens is by using the shuttle bus a couple of cruise ships offer. This service is either complimentary or with a charge. Check with your cruise ship before deciding. The approximate travel time between Piraeus and Athens city center is between 20 minutes to 60 minutes depending on traffic.

From Piraeus to Athens by  Welcome Taxi

You can pre-book a car online before your arrival, and find your driver waiting for you at the port with a welcome name sign and a bag with a bottle of water and a map of the city, thus saving you all the hassle of having to find a taxi/bus/metro.

There is a flat rate of 26 EUR (up to 4 people sharing) from the port to the city center.

The trip takes approximately 25 minutes to an hour depending on the traffic.

For more information and to book your private transfer click here.

From Piraeus to Athens by public bus

There is a public bus line Χ80 PIRAEUS- AKROPOLIS- SYNTAGMA EXPRESS that connects Piraeus port with Athens city center. Starting from the OLP cruise terminal gate bus stop, it makes three more stops along the way; Piraeus town center, Sygrou – Fix metro station, and Syntagma metro station (for the city center and the Acropolis). The journey time between Piraeus and Athens is approximately 30 min. Buses run seven days per week from 7:00 am until 21:30 pm every 30 minutes.

Tickets accepted at the bus is the daily ticket for all transport modes that costs 4.50 €. You can purchase the ticket from the driver, and you need to validate it just once on your first ride.

Another ticket type that is valid on the X80 bus is the 3-day tourist ticket for all transport modes that cost 22.00 € and is valid for 3 days from the first validation  (you must validate it only once on your first ride). This ticket is only also valid for one journey to and from the airport.

From Piraeus to Athens by subway

The Piraeus ISAP metro station is located 20 minutes on foot from the cruise terminal exactly opposite Gate E6 from the port where there is a big pedestrian bridge. If you don’t want to walk, you can take a taxi (it costs around 10 € for up to 4 people sharing).

Finally, there are a few public buses that run between the cruise terminal (Miaouli Avenue) and the Piraeus ISAP metro station buses N° 859, 843, or 826. Tickets cannot be bought on board but only in a kiosk nearby. The ticket costs 1.40 € and is valid for 90 minutes. (You can use it at the metro too).

From Piraeus to Athens by taxi

Another way to get to Athens from Piraeus port is by taxi. Although the city center is only 15 km away, it can take you between 20 minutes to an hour depending on traffic. The cost is around 25 € (up to 4 people sharing) depending again on traffic. You will find taxis waiting in the cruise terminal.

From Piraeus to Athens by the Hop on Hop off bus

You can buy a Hop On Hop off bus ticket that will take you to the Acropolis with many stops along the way.

Arriving in Piraeus port and need more information? Don’t hesitate to contact me.