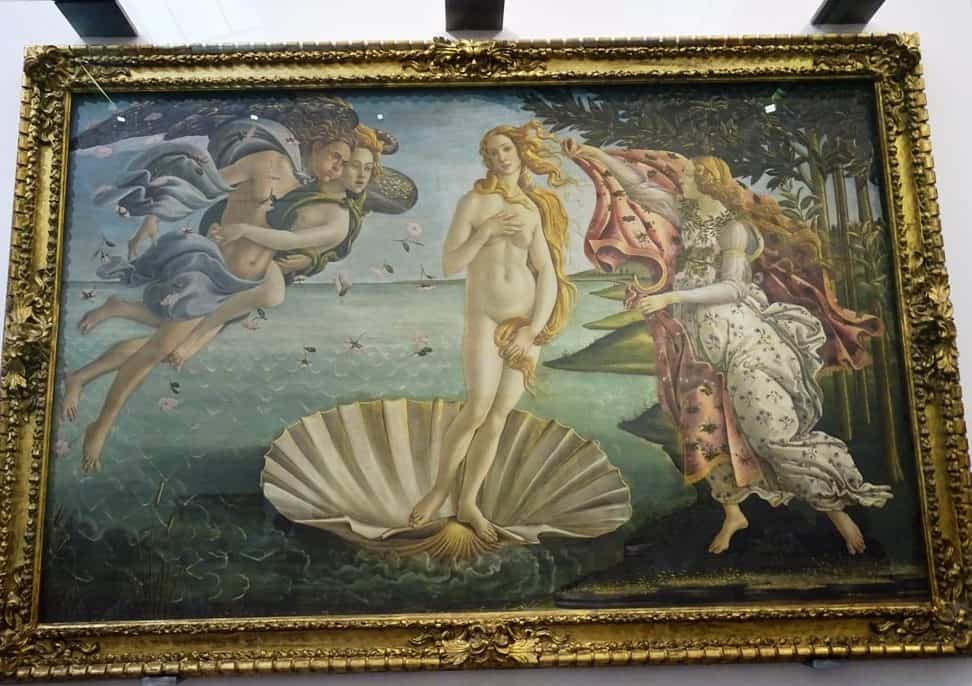 Aphrodite was the goddess of beauty, love, procreation, and passion. She was one of the major goddesses of Olympus and her major symbols were the rose, the swan, and the dove. Cythera, Corinth, Athens, and Cyprus were her main cult centers, while her main festival was the Aphrodisia, which was celebrated every year in midsummer.

There exist two main narratives about Aphrodite’s birth story. According to the version of her birth recounted by Hesiod in his Theogony, her father was Uranus, god of the sky, while she had no mother. This narrative takes place two generations before the birth of Zeus since Uranus was a primordial god who reigned with his wife Gaia, the goddess of the earth.

Hesiod says that Uranus hated his children, the Titans, and hid them in the depths of the earth, and so Gaia, loathing her husband, devised a plan with her son Cronus, the only child which was not afraid of his father. Gaia equipped her son with a sickle and, when Uranus was asleep, Cronus chopped off his genitals. The severed parts fell into the ocean creating a large amount of foam, from which emerged the goddess Aphrodite.

This account probably derives from ‘The song of Kumarbi’, an ancient Hittite epic poem in which the god Kymarbi overthrows his father Anu, god of the skies, and cuts of his genitals, causing him to become pregnant and give birth to Anu’s children.

In any case, Hesiod has Aphrodite float past Cytherea and emerge at Cyprus, at the shores of Paphos, which is why she is sometimes called “Cyprian”, especially in the poetic works of Sappho. The Sanctuary of Aphrodite Paphia, marking her birthplace, was a place of pilgrimage in the ancient world for centuries and was already established in the 12th century BC.

In Aphrodite’s second birth story, narrated by Homer in his epic poems ‘Illiad’ and ‘Odyssey’, the goddess is the daughter of Zeus, the grandson of Uranus, and Dione, about whom little is known. However, it is noteworthy that the name Dione is a feminized form of “Zeus” alternate epithet, Dios, and that in his Theogony, Hesiod describes Dione as an Oceanid.

In this story, Aphrodite is credited with founding Rome through her mortal son, Aeneas, since she was absorbed into the Roman pantheon as the goddess Venus. She also features as the cruel mother-in-law in Apuleius’ romantic epic Cupid and Psyche, and she has important roles in many other myths. This version of the myth also has Aphrodite born near the island of Cythera, hence another of her names, “Cytherea”.