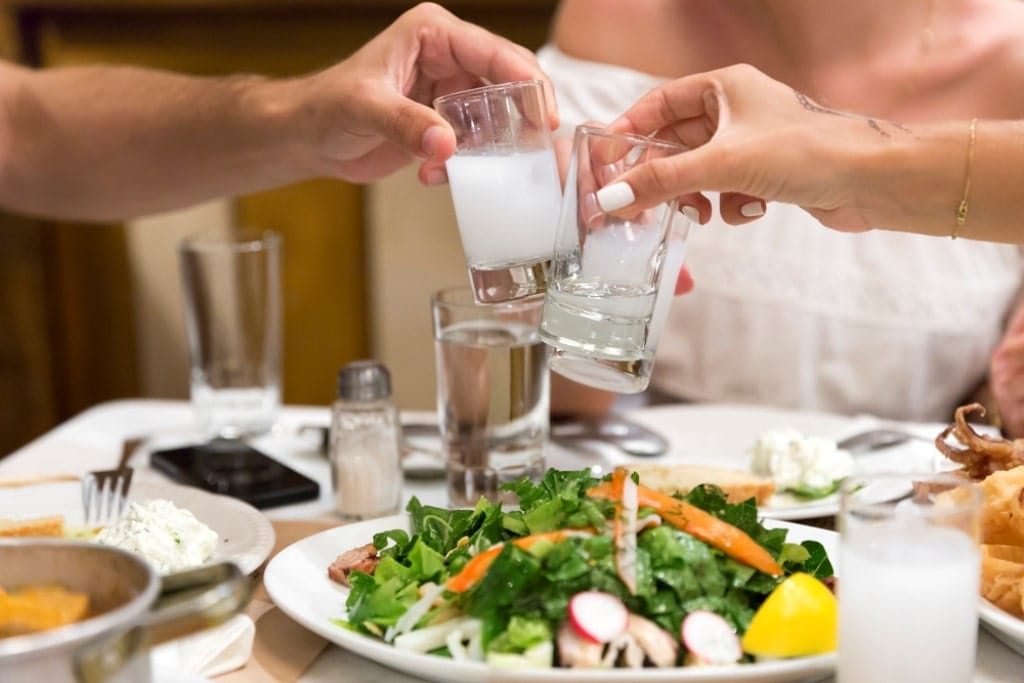 But that is not the only day you get to celebrate you in Greece!

In fact, celebrating birthdays is a relatively recent tradition in Greece. What was celebrated instead, and is still celebrated today, is the person’s name day.

What are name days in Greece?

Name days are the days where a saint, martyr, or otherwise holy person is commemorated by the Greek Orthodox Church. Otherwise known abroad as “feast days”, these anniversaries usually are of the saint’s or martyr’s death due to refusing to denounce their faith at the hands of prosecutors of Christendom in the past.

The Greek Orthodox calendar is full of these anniversaries. Literally, every single day has at least one, and often several, of these saints and martyrs they commemorate during the day’s prayers.

In Greece, people are usually named after a saint or martyr. The “feast day” of that saint, their day of commemoration, also becomes the name day of everyone in Greece who shares their name.

Why are name days so important in Greece?

Greece is a country with a lot of dire history, where people grew up not even knowing exactly when they were born. The older generations, especially around World War II and earlier, weren’t quite certain of the year of their birth and only had an approximate estimate of their age.

Therefore, the solidly certain day to celebrate their existence wasn’t the birthday but rather the name day, because that was the one date of significance they could easily and commonly cite.

Name days also have an existential connotation to them, at least in tradition: a name being given to a child had the significance of a wish or even a foreshadowing of the baby’s future virtues that should be pursued. Therefore, each person having the name of a saint was expected to strive and become as virtuous and with integrity as them, ‘to honor their name’. That’s why when the saint is ‘celebrating’ on their feast day, so is the person carrying that same name.

It’s easy to understand, therefore, that forgetting someone’s birthday in Greece is a far more pardonable offense than forgetting their name-day!

How names are given in Greece

However, whose name the baby gets to carry is often cause for contention between the spouses’ parents. This is solved by the baby getting two names, one of each, or even getting no name from the grandparents, but a completely new one that the parents choose.

Priests would often also demand that ancient Greek names be coupled with a Christian name if there is no saint or martyr already carrying it, though that depends a lot on the priest and their sensibilities.

Most name days have a specific standard date. For example, the name day for Anna is December 9th.

However, there are some name days that ‘float’ and are celebrated on different dates each year because they are linked to other movable holidays, such as Easter. Such name days are those for Anastasios or Anastasia, who celebrate on Easter Sunday, and St. George, whose name day is normally celebrated on April 23rd but if Easter is after that date, it is celebrated on Easter Monday to avoid breaking the fasting of Lent.

What if a Greek person has a name that isn’t a direct match to any of the saints or martyrs on the Greek Orthodox calendar? Don’t they get a name day?

Of course they do!

They celebrate their name day on “All Saints Day” which is the day where all the nameless Christians who died for their faith over the centuries are commemorated together with the named ones. Though it is celebrated on November 1st in the West, for the Greek Orthodox Church it’s yet another floating name day that is celebrated the first Sunday after Pentecost.

How name days are celebrated in Greece

The custom demands that name days in Greece are “open house” days for the person who is celebrating. That means that whoever is willing to drop in and pay a visit, can! They don’t need to call ahead or be invited to do it.

If you do drop in, you’re expected to do so with “full hands”: you must have at least a box of sweets, or a bouquet of flowers or flowerpot to wish the person well. Gifts are also given, just like on birthdays.

The celebrating person will treat you to coffee and sweets and you can expect good music and merriment.

Depending on the age and general disposition of the person celebrating their name day, things can become pretty wild! Young people go bar hopping to celebrate name days or do special activities throughout the day.

If the name day is on a workday, an open house is out of the question. Instead, the person celebrating will bring sweets of their choice or a cake (called “kerasma”) to the office and treat all their coworkers. If they wish for a bigger celebration, they will give invitations for an off-work day or perhaps a night out with their friends.

Even if you don’t opt for dropping in for your well wishes, you are expected to phone the person to wish them well.

Not calling or even leaving a note of well wishes on social media is considered a serious social faux pas or an intentional slight or snub. People can and do get offended if you forget their name day.

The proper phrase for well-wishing is “Hronia Polla” which means “Many (happy) years” and is the equivalent of “many happy returns”. You start with “hronia polla” and then follow up with more wishes, such as “good health” and assorted versions of “may your endeavors come to fruition”.

How to keep track of all the name days

The truth is that nobody remembers all the name days. There’s one every day! Usually, people remember by heart their own name day and that of their friends or family.

The easiest way to never miss a name day of your fellow Greeks is through an app! There are many apps that will remind you every day who it is that has a name day, and you will be able to send your well-wishes without fail. One of the most popular apps that will do the job is Greek Orthodox Calendar Lite.

Do I have a name day?

If you want to partake in this tradition, and you are of Christian faith, you can! If your name is one you share with a particular saint, then the day of their commemoration is your name day. If your name doesn’t match, then All Saints Day is your name-day!