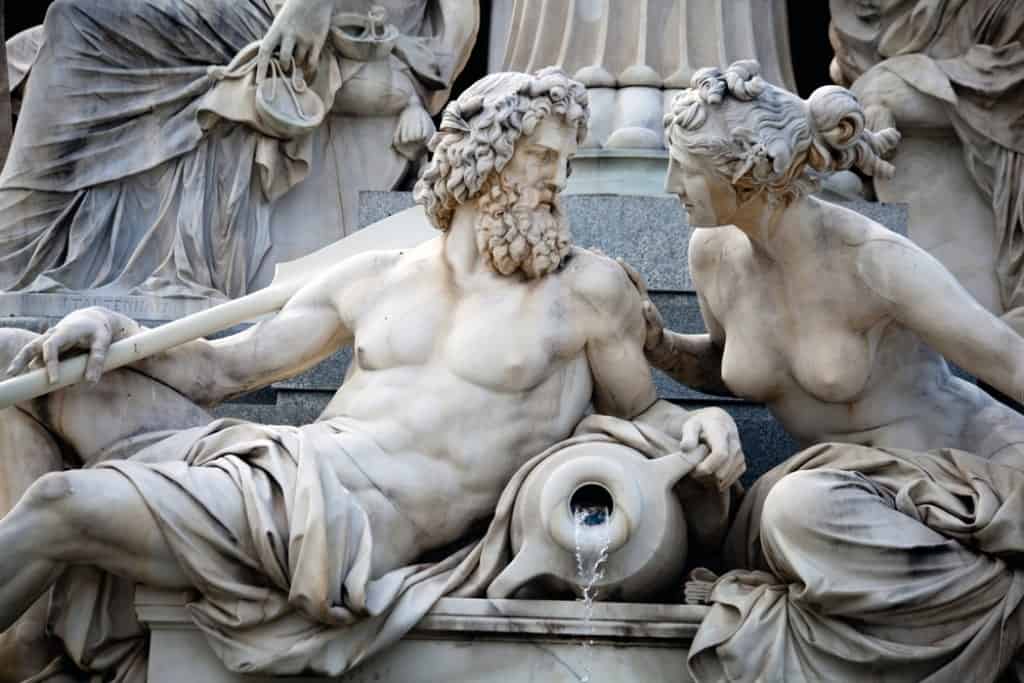 Every human has its own particular powers, and so did the Greek gods. Some powers were common to all, such as immortality, enhanced intelligence, teleportation, and the ability to change forms. However, each Olympian had unique superpowers that set them apart from all others.

Greek Gods and Their Powers

The ruler of the skies and the father of the Gods was notorious for his ability to manipulate weather, usually throwing bolts when he was angry, which could even shatter whole mountains. He also had the power to transform into several animals so that he could seduce goddesses and mortal women.

For instance, he managed to seduce Leda in the guise of a swan, Antiope as a satyr, and Europa as a bull. Among other things, he was famous for his ability to assign the destiny of humanity, although he was limited by the power of the Three Fates.

Hera, the sister, and wife of Zeus was the goddess of women, family, childbirth, and marriage. Therefore, she had the ability to manipulate the human bonds and relationships, as well as fertility, birth, and reproduction. She could instantly induce pregnancies to others, as well as to herself since Hephaistus was born without the help of Zeus.

Hera could also manipulate curses, transforming humans into beasts and inducing madness and insanity. For instance, she placed a spell over the nymph Echo who was cursed with repeating the words of others.

Check out: Interesting facts about Hera.

Commonly called the “Earth-Shaker”, Poseidon was the god of the sea, having power over natural elements such as tempests, storms, and earthquakes. Among others, he had the power to manipulate the weather, the waters, and the oceans. He was a master in using the trident and he could also create horses at will, which was considered to be his sacred animal.

Ares was the god of war, the most bloodthirsty of all Greek gods. He was considered to be the personification of the passion for war, and his superpowers have mostly to do with destruction and war.

For example, he carried with him divine weaponry, such as spear, shield, and sword, and he had enhanced combat skills, absolute speed, and stamina, as well as supernatural senses that helped him destroy his enemies.

Furthermore, he could easily manipulate whole armies, as well as fire, weapons, violence, and induce bloody conflicts at will.

Considered the most beautiful of the Olympians, Aphrodite reigned supreme over all matters related to love and Eros, such as protecting lovers and watching over women in childbirth.

She could easily manipulate beauty, desire, emotions, and fertility, and create lust, passion, and pleasure in humans. In addition, she could manifest herself in different forms, such as Aphrodite Pandemos and Aphrodite Urania.

Check out: Interesting facts about Aphrodite.

Widely viewed as the ultimate diplomat, Hermes was the messenger of the Olympian gods. He also had the responsibility to accompany the dead as they were ferried by Charon over the River Styx to the Underworld.

He was a natural-born trickster, and he could manipulate travel, paths, and sports. He was blessed with extreme dexterity and speed, and in addition, he could create alchemical and magical potions. Hermes was a master communicator, and thus he was able to persuade everyone, god or mortal being.

Check out: Interesting facts about Hermes.

Athena, the goddess of wisdom and strategic warfare, always carried with her magical weapons and a shield called anaegis, depicting the head of Medusa. She was also accompanied by an owl, a symbol of wisdom.

Hephaistos was known as the master craftsman of Mount Olympus. He designed the weapons, palaces, and thrones of the Greek gods, although he was usually assisted in his forge by the Cyclopes.

He could generate fire at will and manipulate heat, metal, and other elements for the creation of weapons. He had supernatural strength, and was also the lord of volcanos, having the ability to manipulate magma and volcanic fields.

Demeter was an earth goddess, widely celebrated for offering grains to mortal beings. She was the goddess of fertility, agriculture, nature, and the seasons. Thus, Demeter could easily manipulate the cycle of life and death, the soil, forests, and the harvest. She was able to create famines of she felt miserable, and she was equipped with extreme agricultural intuition.

Dionysus was one of the great benefactors of humanity. He offered wine and theater to mortal beings, and he was the ultimate personification of power, rage, lust, and passion. He could produce insanity, madness, and intoxication in the hearts of humans, being moreover blessed with clairvoyance.

Since he was also a nature god, he could easily manipulate plants, fertility, and nature in general. Dionysus was also capable of transforming himself into different creatures, such as the Satyrs.

Every evening, Artemis would mount her moon chariot and drive her white horses across the heavens. She was the goddess of the hunt, and she could heal mortals, as well as bring terrible diseases upon them.

She had absolute accuracy with the bow and arrow, and she was extremely sympathetic to animals. She was also capable of empowering women to retain their chastity since she was herself a virgin goddess.

Apollo was recognized as the god of archery, music, prophecy, and healing. He was a sun god, having the power to bring the sun and well-being to humans. Like his sister Artemis, he also had absolute accuracy with the bow and arrows.

He was blessed with supernatural beauty that shined like the sun, and he had the skills of the seer, such as clairvoyance, precognition, and prescience. He was also capable of inducing blessing and serenity and skillfully manipulate music, light, and knowledge.