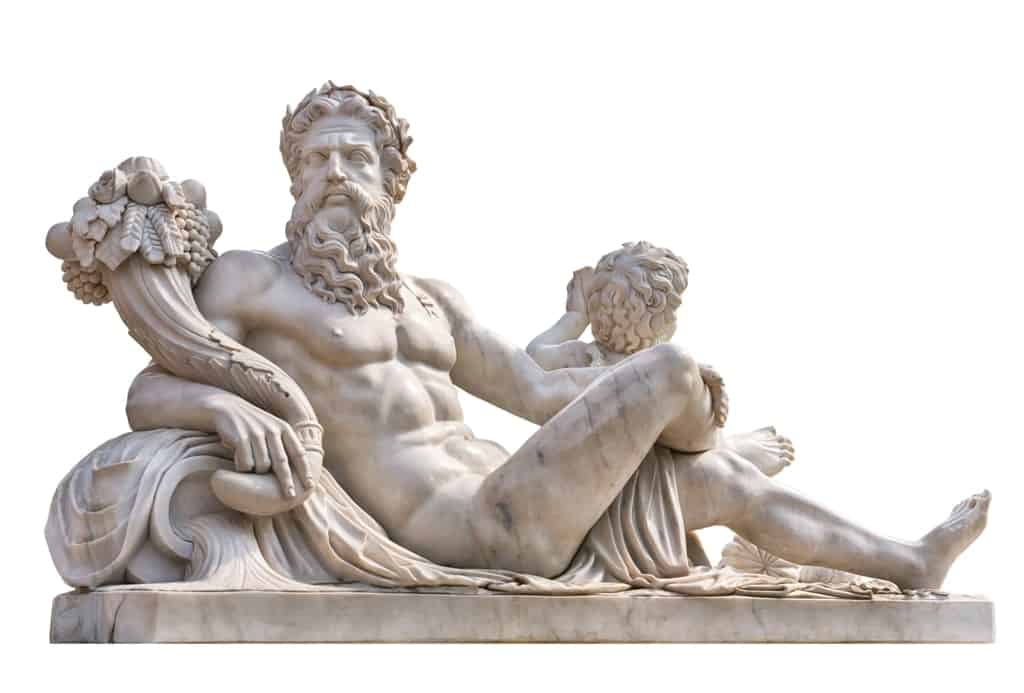 Widely known as one of the most infamous lovers in Greek mythology, Zeus was married to numerous women in the course of his kingship as the ruler of the skies. These women were immortal in nature and they first make their appearance in Hesiod’s work, the Theogony, in which the poet presents in detail the genealogy of the gods. Although Hera, Zeus’ sister, is the most famous of them all, many other goddesses and titanesses had the fortune to stand by the side of Zeus on the top of Mount Olympus.

The wives of Zeus were 7:

Who Were the Wives of Zeus?

Metis was the first wife of Zeus, and one of the Titans, a daughter of Oceanus and Tethys. She was considered the personification of wisdom, prudence, and deep thought. Metis assisted Zeus in saving his brothers and sisters, since they were all swallowed by his father, Cronus.

She was also endowed with the gift of prophecy and envisioned that one of Zeus’s children was going to gain ascendancy over him. In order to avoid that, Zeus turned Metis into a fly and swallowed her alive.

However, she was already pregnant with Athena, and while she was inside Zeus’ body, she started crafting a helmet and shield for her daughter. As a result, Zeus suffered serious headaches and ordered Hephaestus to open up his head with an ax. Hephaestus acted thus, and out of Zeus’ head sprang Athena, fully shielded and ready for battle.

One of the early wives of Zeus, Themis was also a Titan goddess, daughter of Uranus and Gaea. She was seen as the representation of the natural and moral order, the divine right and law that governs everything and is even above gods themselves.

According to Hesiod, their marriage helped the Olympian to stabilize his power over all gods and humans, after the gods’ victory over the Titans. Themis produced six children: the three Horae (Hours), Eunomia (Order), Dike (Justice), and blooming Eirene (Peace), and the three Moirai (Fates), Clotho, and Lachesis, and Atropos.

The Titan goddess of time, remembrance, and memory, Mnemosyne was the daughter of Uranus and Gaea. Zeus slept with her for nine consecutive days, leading to the birth of the Nine Muses: Calliope, Clio, Euterpe, Thalia, Melpomene, Terpsichore, Erato, Polyhymnia, and Urania.

She is also known as being one of the three elder Titan Mousai who were the muses of music before the nine that she and Zeus had. According to Hesiod, the Mnemosyne and the Muses were the source of inspiration for kings and poets, getting from them their extraordinary abilities in speech.

The third wide of Zeus, Eurynome was also a Titan goddess, daughter of the Titans Oceanus and Tethys, and hence an Oceanid. She bore three children to Zeus, the Charites, the goddesses of grace, Aglaea, Euphrosyne, and Thalia. Eurynome may also have been a goddess of pasturelands. When Hera threw Hephaistus off Mount Olympus for being crippled, Eurynome and Thetis caught him and raise him as their own child.

Known as one of the Twelve Olympians, Demeter was the sister and wife of Zeus. She was the goddess of agriculture and grain, a personification of Mother Earth. She also presided over the sacred law and the cycle of death and rebirth. Demeter had a daughter with Zeus, Persephone, also known as Kore, who was abducted by Hades and taken into the Underworld to be his wife.

Leto was one of the Titanides, and the goddess of motherhood, modesty, and protector of the young. She was also one of the several wives of Zeus, with whom she had the twin gods Apollo and Artemis. During her pregnancy, she was relentlessly pursued by Hera, who drove her from land to land in order to prevent her from giving birth. Eventually, Leto managed to find refuge in the island of Delos.

The most famous of Zeus’ wives, Hera was also the sister of the father of the gods, and the goddess of women, marriage, family, and childbirth. The daughter of the Titans Cronus and Rhea, she was known for her jealous and vengeful nature against Zeus’ numerous lovers and illegitimate children. At first, Zeus appeared to her as a bird, and when she took great care to protect it, he changed himself back in his divine form and seduced her. Together they had 10 children, the most important being Hephaistos, the blacksmith of the gods, and Ares, the god of war.