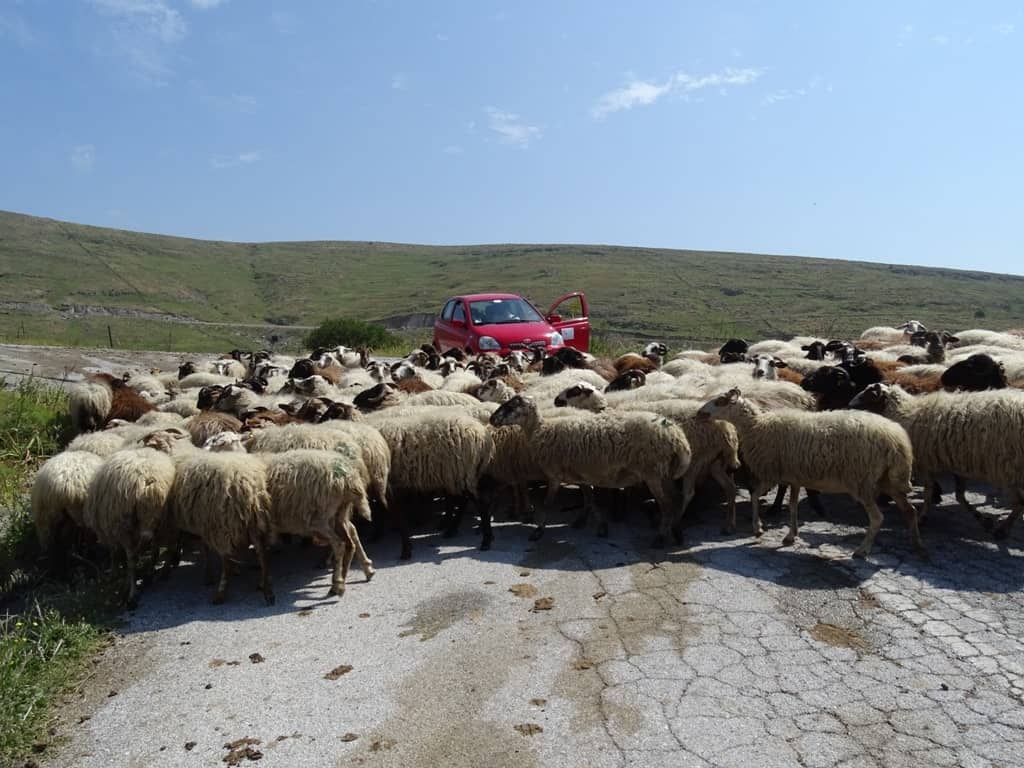 Greece is a unique country in more ways than most people are aware of. And for the better or worse, this statement applies to driving conditions. If you come to Greece from the East, getting around by car should prove a relaxing experience for you. But if you come from the West, where road rules are strictly obeyed, driving can present certain challenges. It’s not that your safety would be endangered, no more than elsewhere anyway. But, to be safe on Greek roads from various small or large inconveniences, keep the following in mind:

A Guide to Driving in Greece

Unless specified otherwise, the speed limit on the motorway is 120 km (almost 75 mi) per hour. On open roads, you can drive 110 km/68 mi per hour. In residential areas, the maximum speed is 50 km/31 mi per hour.

How old you must be to drive?

People under 18 years of age aren’t allowed to drive in Greece. With 18 years at least, you may drive your own car. But to rent a car, you must have minimum of 21 years.

There are many places around the world where using the horn is an ordinary thing. In Greece, beeping is illegal in most cases. Hence, you should refrain to beep, save it for an emergency situation, although in big cities beeping is quiet common as people are impatient. Another exception from the rule is driving in areas with curves and limited visibility, such as mountains. Although this is never recommended, you might wish to overtake a slower vehicle in front of you. If so, use the horn to warn the potentially approaching vehicles about your intention.

In Greece, you may telephone while driving, but only by using the hands free equipment. People caught telephoning otherwise face a huge fine on the spot (100 EUR). Always fasten your seat belt regardless whether you drive or not. The fine for failing to do so ranges up to 350 EUR. The same is true for not wearing a helmet while riding a motorbike. Finally, children under 10 years of age must travel on back seats of the car.

Once you arrive in an urban area in Greece, you may find yourself surprised that yellow light isn’t in use. Yet, this is true only in part. So, if the red light is on at one instant and the green at the next, don’t be so sure that you daydreamed for a moment. Yet, yellow is the transitional light before the red turns on after the green.

Regarding this transition, remember one specific thing. Keep checking your rear while driving, but especially while approaching the traffic lights. If the yellow light turns on, you might wish to get through the moment before it turns red. The worst thing you can do is to decide to stop at the last instant when another car is close behind you. Some Greeks may wish to go through the crossroad right after you, never mind the light.

Signposts on main roads are well placed and lead you directly to the destination you are heading to. On roads with multiple lanes, signposts inform you on time which lane you need to take to make the right turn. Yet, side and secondary roads are those where things get unexpected at times.

For example, you may approach a crossroad without knowing where to go next. Sometimes, an informative signpost may be located just at the crossroad. So, if you can’t see a road sign before the intersection, take a look at the distance. Another thing you might experience is spotting a signpost once you pass the crossroad. You may face either of these inconveniences both in an urban area or in the countryside.

Speaking of signposts that are harder to spot, even vegetation edging the road conceal those sometimes.

Road signs in Greece are in Greek and English. And you will see them in both languages along the main roads. Sometimes, though, secondary and side roads feature only signposts in Greek. Thus, it would be beneficial if you learn how places you’ll traverse and travel to are written in the local language. In the following, you’ll find names of some major cities in Greece written in Greek:

To get to the next explanation, we need to mention Greek drivers beforehand. The way the Greeks drive tends to approach impulsiveness. They may drive erratic often enough, but driving fast is commonplace on the roads of Greece. Yet, Greeks in front of the steering wheel aren’t arrogant, which the previous statements may imply. They’ll never stick close behind you and signal you to move aside if you drive slower than they. Also, you’ll seldom be forced to slow down because some of them jumped in front of you.

Hitting the road in Greece

People travelling far and wide in Greece drive on roads consisting of two or many lanes. What surprises the newcomers is the absence of multiple lanes on some major highways. The highway between Evzoni to Thessaloniki, for example, has one lane per direction. And many drivers are inclined toward using the lane for vehicles heading in the opposite direction for passing. Hence, be alert at all times.

Be extra careful if there is a motorbike around. The motorcyclists are notorious in particular for sudden and reckless behavior on the roads in Greece. They may as well break more rules than obey. As a consequence, the largest number of traffic accidents countrywide involves motorcyclists.

However, not only motorbikes ignore the double line and speed limits. As we have already implied, car drivers tend to cross the double line to overtake a slower vehicle. On the open road, this isn’t as scary as it appears because of good visibility. On the road with curves, move to the right as much as you are able to allow the driver behind to pass you. By acting this way, you’ll do a big favor to that driver and the one that might be approaching from the other direction in the first place. And to yourself, of course.

While in Greece, you may need to travel on a three-lane road. If so, use the right side of the road for driving and the middle lane for overtaking.

Things to keep in mind while driving in Athens and Thessaloniki

Athens and Thessaloniki are the most populous cities in Greece. In them, over 60% of the country’s population lives. This fact is enough for you to imagine how congested the streets and slow the traffic may be. Yet, this is a piece of cake until an accident occurs. Just recall the slowest slow motion you’ve seen on TV, and slow it additionally down. That’s how driving in these cities becomes with accidents involved.

This situation is especially sensitive in Thessaloniki. Even crash on the Ring Road, which circles around the city, affects the traffic in it. Hence, GPS or a road map would be invaluable when you wish to avoid entering the second largest city in Greece in such circumstances.

Before you park your car in either city, make sure that the place isn’t reserved for the locals. Also note that certain parking lots are free, while others are paid.

In the capital of Greece, pay attention to Athens’s Restricted Area. In order to reduce congestion, the authorities allow only cars whose plates end either in even or odd numbers to park. Note that this rule doesn’t apply to rental cars. Furthermore, check whether demonstrations take place in Syntagma Square. These tend to move farther, causing the collapse of traffic. Also, try not to leave Athens when everyone leaves the city, nor to return when everyone is returning.

What else you should be aware of on the roads of Greece?