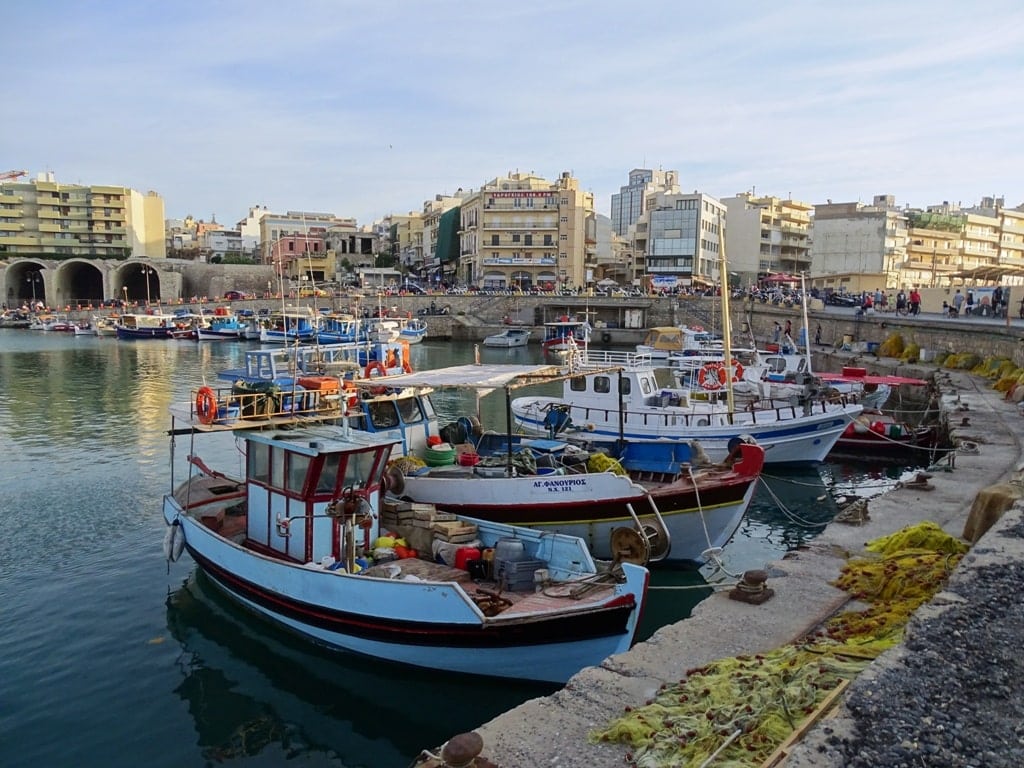 Crete is so gorgeous and astounding, with a culture and history that spans millennia, that no matter how much one sings its praises, it’s never going to be enough!

If you plan to visit Crete, it’s best to devote the entirety of your holiday to it, because there’s so much to see and experience you are not going to manage it all anyway.

Crete boasts some of the rarest and most breathtakingly beautiful beaches, iconic archaeological sites and ruins, evocative mythology and a vibrant culture, brought to you with great hospitality by a warm people.

Even an entire book wouldn’t be enough to cover everything there is to know about Crete, but here are the essentials to begin your journey of discovery in this truly unique part of Greece!

Where is Crete on a map?

The Weather and Climate in Crete

Like in all of Greece, the climate is Mediterranean. There are mild, very rainy winters and quite hot summers on average. This of course varies, as in Crete’s mountains, there is regular snow in the winter- so much so that winter sports and resorts are an international attraction, which is coupled with a colder, heavier winter in those altitudes and those mountain villages.

Most of the rainfall happens in the winter, while the summer is dry and hot.

And of course, you get the sun almost all year round! Crete is one of the sunniest places on earth.

According to the ancient Greeks, the first queen of Crete was Europa, and later on, Crete’s first king was King Minos. King Minos is famous in legends as he is the reason the Minotaur came to be: because he caused Poseidon’s anger, he had Minos’ wife Pasiphae fall in love with the sacred bull. From that union, there was born the Minotaur.

To contain the beast, Minos had Daedalus, the famous inventor, and architect, create the Labyrinth. Later, to punish Athens for an infraction, he demanded tribute of seven girls and seven boys be sent into the Labyrinth to be eaten by the Minotaur until Theseus came to put a stop to it by killing the monster.

It’s from King Minos’ name that the renowned Minoan Civilization takes its name. With iconic monuments you can still visit, such as the Palace of Knossos which is said to have had the legendary Labyrinth in its underground, gorgeous frescoes with vibrant colors and depictions of daily life, the Minoan civilization is the first ancient Greek civilization that thrived in Crete.

The great eruption of the volcano of Santorini (Thera) caused a great tsunami that signaled the demise of the Minoans and the eventual rise of the Myceneans.

Crete remained under the occupation of various invading forces, from Romans to Arabs, with a respite during Byzantine times and finally by the Ottomans, until the union of Crete to the rest of Greece in 1913.

The major cities of Crete, Heraklion, Chania, and Rethymno, acquired their iconic atmosphere and style during those times.

During WWII, Crete was a major battle landmark, where fierce resistance against the invading Nazi forces via paratroopers ended in such a bloody, Pyrrhic victory that paratroopers were never used again by the Nazis.

What to Visit and Do in Crete

1. Visit the archaeological sites and museums

Go to the Palaces of Knossos and Phaistos and walk on the same paths and byroads as the ancient Cretans of legend. Stand in the throne room of King Minos and admire the gorgeous frescoes in the chambers of the queen and elsewhere.

Then make sure to see the exquisite collections in the various archaeological museums that will carry you through millennia of history.

Crete is famous for its breathtakingly beautiful, exotic beaches. Crystal blue waters, rich golden or white gold sand are everywhere to be found and enjoyed. Some of the most famous ones are at Elafonissi- a small part of the Caribbean that exists in Crete instead!

Don’t miss out on enjoying two of the world’s rarest beaches of pink sand in the area. There are fewer than ten in the entire world, and two of them are in Crete!

One of the most beautiful trekking routes is through the famous, gorgeous Samaria Gorge, which is the longest in Europe and one of the most impressive. Walk for 15 km, with several picturesque stops to enjoy.

Planning a trip to Crete? Check out my posts:

Best things to do in Crete.

Where to stay in Crete.

Things to do in Rethymno, Crete.

Things to do in Chania, Crete.

Things to do in Heraklion, Crete.

1 thought on “Where is Crete?”